Many jobs today require intellectual labor. Being able to think logically, coldly (especially about cold matters), is an essential skill for many modern professions:

And so, mental fitness is critically important to many people.

In this post I’ll explore a novel and powerful method for keeping yourself mentally fit. Think of it as p90x—except for your brain.

As we’ll explore next in greater detail, thanks to their highly controversial nature across all social strata, diving into conspiracy theories will help test your ability:

Additionally, the exploration of conspiracy theories, like all mysteries, encourages us to learn and explore topics that we may not be expert in, and as such they can act as highly valuable educational tools.

A fundamental property of the human experience is a limited perception that’s divided from others.

I cannot see what you see, I cannot know what you feel, and likewise you don’t know what I see, think, or feel either. Through the use of digital media we are slowly improving in this area, however, we’ve still a long way to go to telepathy.

This limited perception has several implications:

And since so much of our everyday activities rely on this nth-hand information, this tends to subjugate most individuals—to varying degrees—to group think.

These everyday activities include traditions based on religious beliefs, “scientific” evidence, and historical events. They amount to almost every motivated action and activity that we perform.

That almost all our activities are heavily influenced by a fallacy should be concerning. It should make you wonder at what sorts of major errors we might be making without realizing it?

What does this have to do with conspiracy theories?

Conspiracy theories point to an area of our reality where there’s controversy (widespread and strong disagreement) over the truth of an event, that should we discover to be true, will have major implications for how we conduct ourselves and our lives, and potentially for all of society.

If conspiracy theories had no controversy, they would merely be non-events or events of conspiracy (which, are very uncontroversial and happen every day).2

Also, conspiracy theories put the full implications of our divided perception to the test:

Therefore, by their very nature, conspiracy theories are controversial. At the same time, these very properties make them extremely valuable for testing one’s intellectual and emotional metal.

Conspiracy theories are full of challenging intellectual mine fields:

Faith is a sort of super-trust in something, and there are many faiths people share:

What makes conspiracy theories so controversial, taboo, and exciting, is that they claim to present us with compelling reason to question our faith (in whatever it may be).

Therefore, the following reactions are typical responses to conspiracy theories:

These reactions bring up unpleasant emotions that prevent us from thinking clearly. In both those who react defensively or offensively, the feeling is that of anger, rage, indignation, etc. For those stuck in the middle, the feeling might be at best described as uncomfortableness of the please-can-we-change-the-subject-I-prefer-to-not-care variety.

As with the unpleasant physical sensations that often arise when one first begins to exercise, overcoming these unpleasant emotions helps to keep us mentally and emotionally fit.

So, it turns out that exploring conspiracy theories is great exercise for the mind! 🙂

Conspiracies Challenge Us Intellectually And Emotionally

Is there a way to be emotionally neutral, like a surgeon putting on surgical gloves, when dealing with conspiracy theories? 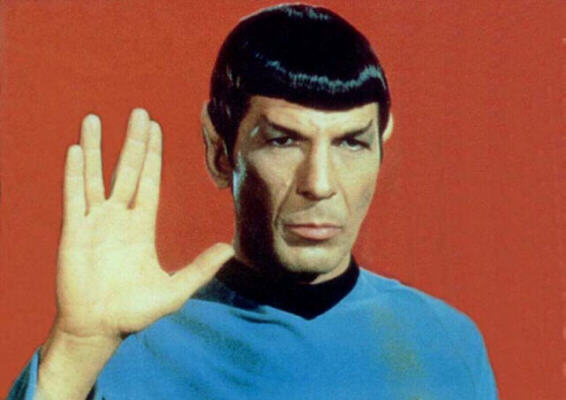 Whether, like our Vulcan friend above, you’re able to suppress emotions, or, like the Dalai Lama, you expertly express and watch them pass by, coping with or managing difficult emotions is an important life skill. This is what we should strive for when dealing with conspiracy theories since doing so helps us to think more clearly and more logically.

The exploration of conspiracy theories provides a (fairly) safe avenue for such practice.

Furthermore, because conspiracy theories force us to deal with real-world deception, they help us to re-examine our relationship with search engines, social media, the news, etc.

Conspiracy theories encourage us to not dismiss people based solely on downvotes. They encourage us to question our assumptions, to think more critically, more humbly, and that’s a good thing.

OK, You’ve Convinced Me, Where Do I Start?

Ready to exercise those mental muscles!? I’m so proud of you! 😀

As with physical exercise, I recommend starting off easy and first doing some “warm ups”, like an overview of common fallacies that trip many people up:

Conspiracy theory debates can be full of ad hominem attacks, which should just be ignored as noise. If someone loses their cool, it does not mean you should discount what they are saying. Conversely, a calm, level-headed response isn’t (by itself) any indication of veracity.

It’s useful to review the psychology of compliance and influence (things like the foot-in-the-door technique that sales people use), otherwise you may have difficulty spotting manipulation when it occurs.

When you’re ready, take a look at the lists of conspiracy theories below and pick one that stands out to you:

My personal favorite (if you’re wondering) is the 9/11 conspiracy theory (which I blogged about here and here).